By jniice | Fashion | No Comments

By jniice | Celebrity, Sports | No Comments

James Cordon had Jamaica’s Usain Bolt as a guest on “The Late Late Show” and decided to test his speed against 25 Americans and actor Owen Wilson!

DWL…these ppl had NO chance.  I’ve always wanted to see the man’s speed from this perspective.  MUST watch.

END_OF_DOCUMENT_TOKEN_TO_BE_REPLACED

0
By jniice | Celebrity | No Comments

It seems like the world may owe Kanye West an apology…but will he get it???

With all of the recent drama between Taylor Swift and Calvin Harris, it seems that Taylor’s credibility is coming into question.  Specifically when it comes to “playing the victim” in Pop.

Kim Kardashian is seen in this video talking about how Taylor Swift was VERY AWARE and involved in lyrics to the song that mentioned her, but then she acted like she had no idea while the world DRAGGED Kanye through social media for doing it.

The hit song “This is What You Came For” features writing and singing from Taylor Swift, Calvin’s NOW ex-GF.  The two agreed to keep it a secret.  When asked if he’d ever work with her on music, Calvin evaded the question and said he didn’t see it as a possibility.  Word on the street is his response caused her to FLIP OUT and contributed to the end of the relationship.  Calvin that she was on-board for the discretion and was now playing victim to shame him. 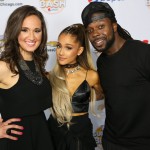 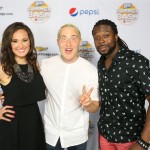 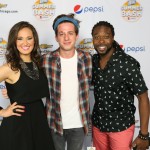 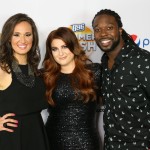 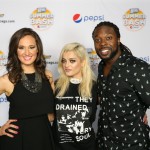 END_OF_DOCUMENT_TOKEN_TO_BE_REPLACED

Kim Kardashian just released a video on her app that shows her daily 2hr make-up routine.  The video here is a time-lapsed version of the ordeal.

I would PULL out my hair and scratch out my eyeballs everyday waiting for this woman if she was my S/O….

Congrats to Kanye for being the most PATIENT man on earth!

How long do you take to get ready everyday?  Is it longer or shorter than Kim’s?

By jniice | Food for thought, Nature | One Comment
[vc_row type=”in_container” scene_position=”center” text_color=”dark” text_align=”left” overlay_strength=”0.3″][vc_column column_padding=”no-extra-padding” column_padding_position=”all” background_color_opacity=”1″ background_hover_color_opacity=”1″ width=”1/1″][vc_column_text]We talked about this story this morning on the show.  This is by far the CLEAREST video of the incident I’ve seen.  I can only imagine how this event may affect the young boy psychologically.  Only time will tell.

END_OF_DOCUMENT_TOKEN_TO_BE_REPLACED

After this performance on NBC’s The Voice, some are calling Gwen and Blake THE CUTEST COUPLE EVER! Other ppl are saying this was just plain awkward (maybe they just don’t like the song).

How do you like this new pair and their performance?